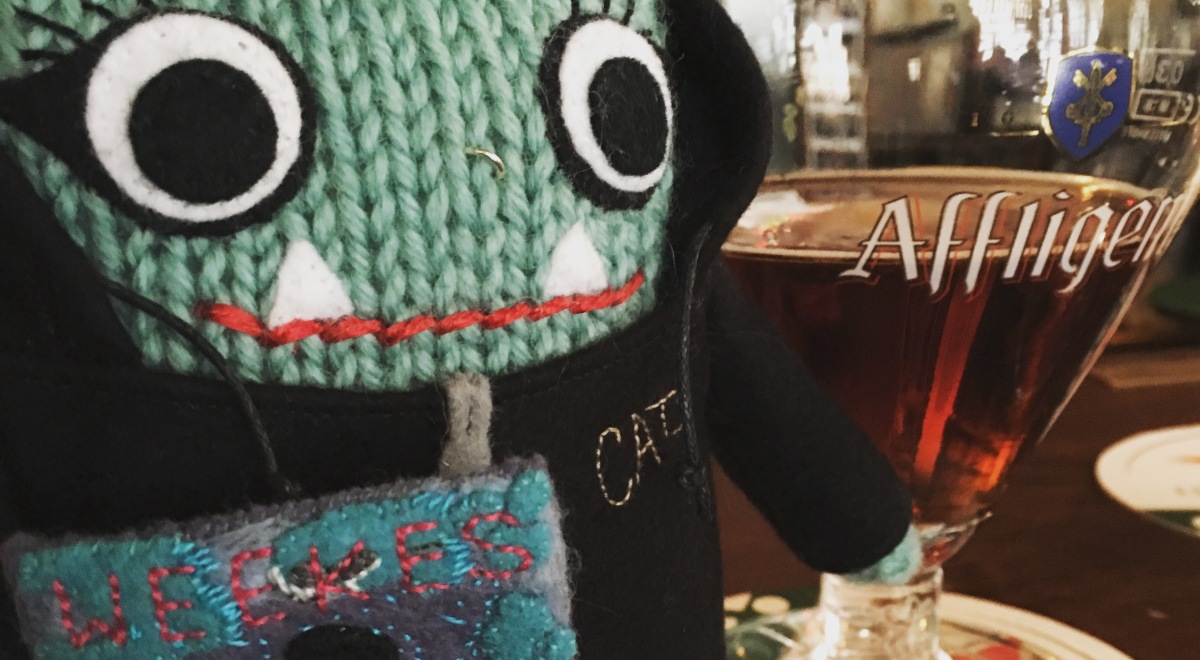 So, early in March B took me to Amsterdam to celebrate his birthday (thanks, B! Happy Birthday!). I also managed to pry Sinéad’s little paws from their theoretical grasp around Jane and Edward (her cat idols) and convince her to come along for the ride.

[If you don’t know who Sinéad is, you can catch up on her backstory here. But in short, she’s a woolly little Irish creature handmade by CrawCrafts Beasties.]

Unfortunately, Sinéad spent the first couple of days sulking (about missing the cats) and trying to get this metal cow in the Airbnb to talk to her. Therefore, she totally missed out on some fine FINE art at the Van Gogh Museum and Rijksmuseum.

I acted like she was being absurd for lamenting the absence of Jane and Edward, but meanwhile I secretly took up the creepy new hobby of photographing cats through strangers’ windows. 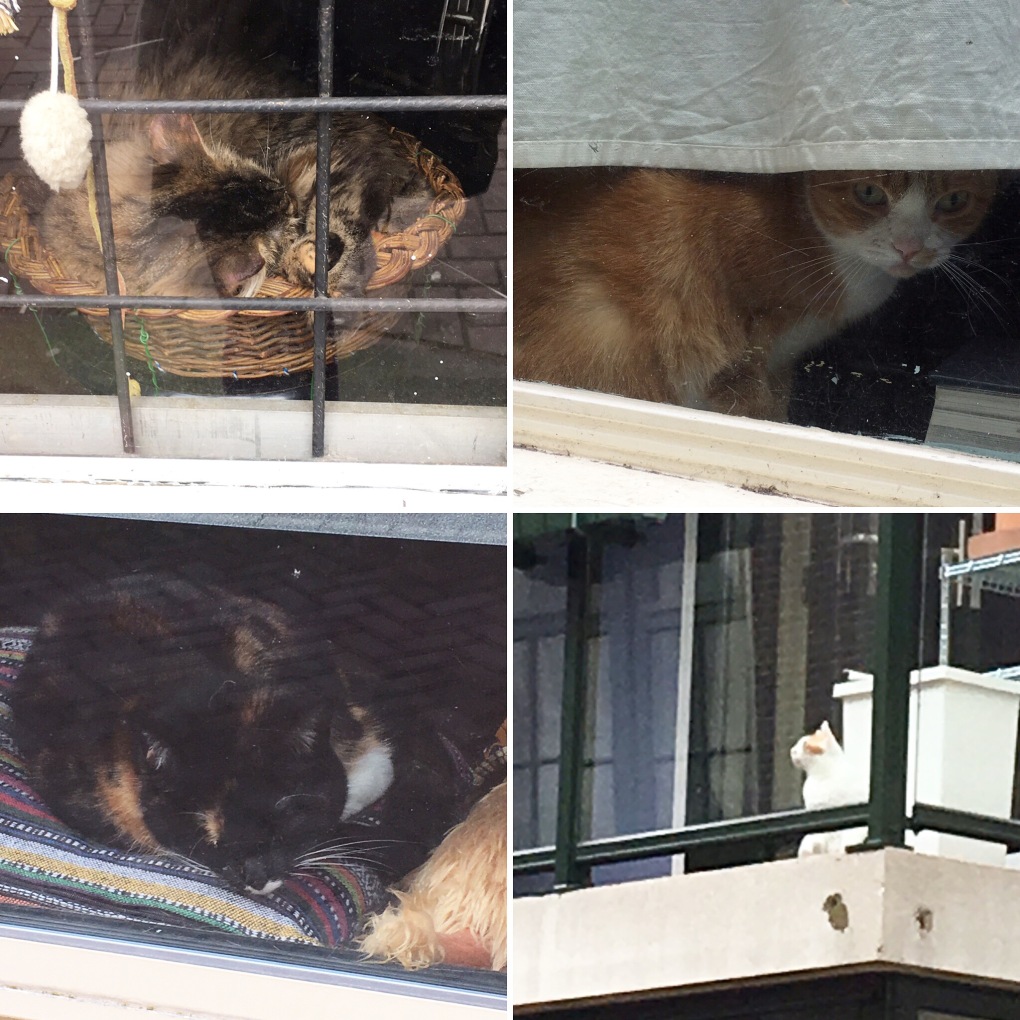 Anyway, on day 3, Sinéad pulled up her invisible socks and insisted that we take her to some museums.

Errrrr……we were sort of out of real museums at this point so……… we told Sinéad we would take her to the Cheese Museum. Fortunately, she was THRILLED with this prospect.

As we were pulling on our coats to head out, we turned to see Sinéad attempting to lug the metal cow down the steps of the Airbnb.

‘I’m taking her with us so she can see all the little cheese babies that her kin have made!’ 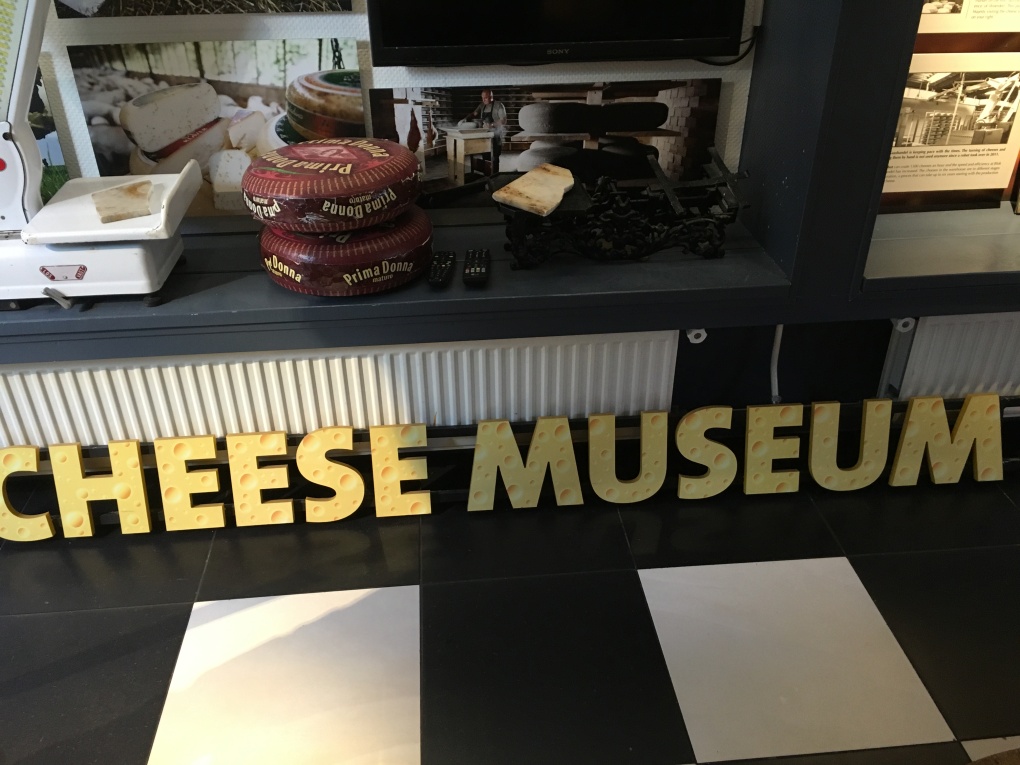 Now, it turns out the the curators of the Cheese Museum are using the term ‘museum’ very loosely. It’s really just a shop that sells cheese with a room in the back that has some cheese-related props and a video clip of people saying, ‘We love cheese!’ that repeats every 15 seconds.

But Sinéad was in heaven. 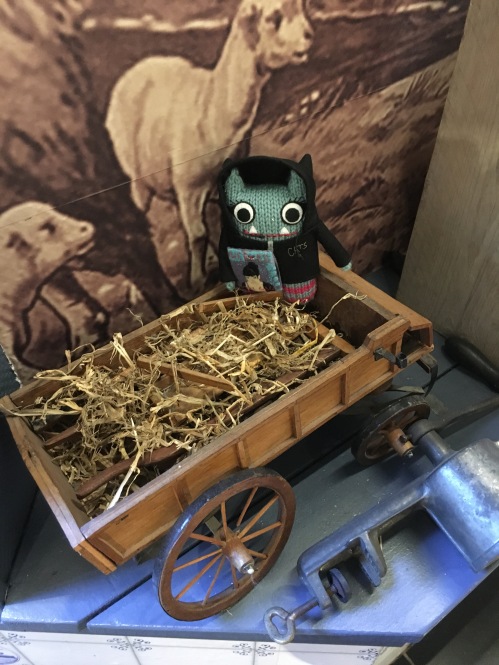 She enjoyed a Beastie-sized hayride while B and I completed the entire museum tour in about 2 minutes.

Throwing herself prostrate across a giant cow, Sinéad wailed, ‘Noooooooooooooooo I’M NOT LEAVING HIM!!!!!! HE NEEDS MY HELP!!!!’ 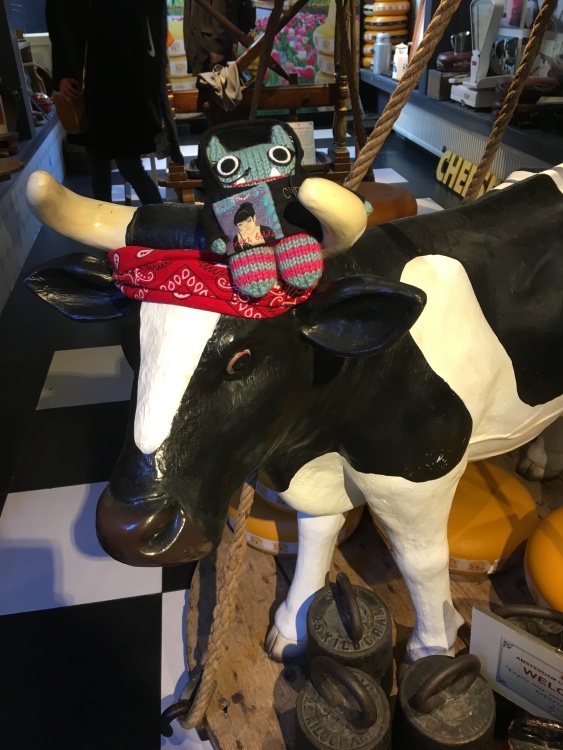 ‘I don’t think that cow needs saving. How about a little wine on the canal?’

Sinéad’s dramatic activist streak tends to be instantly tamed by the mention of a refreshing beverage, but who can blame her? 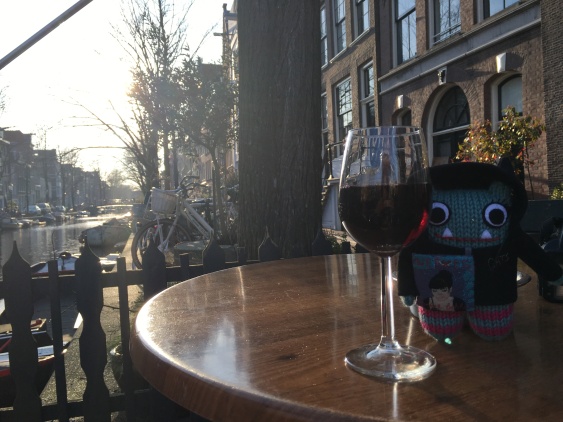 After consuming a glass of wine the size of her head, Sinéad was ready for more tourism. On exiting the Cheese Museum, she had (unfortunately) caught sight of a similarly situated (as in, also just a shop with a ‘museum’ in the basement) ‘Tulip Museum’, and she spent the better part of the supposedly relaxing afternoon begging to go back.

The Tulip Museum was perhaps slightly more informative than the Cheese Museum, but I couldn’t really tell you anything I learned, as I spent most of the time trying to wrangle Sinéad away from various displays. The wine had really gone to her head at this point, and I could tell she was feeling like a god. 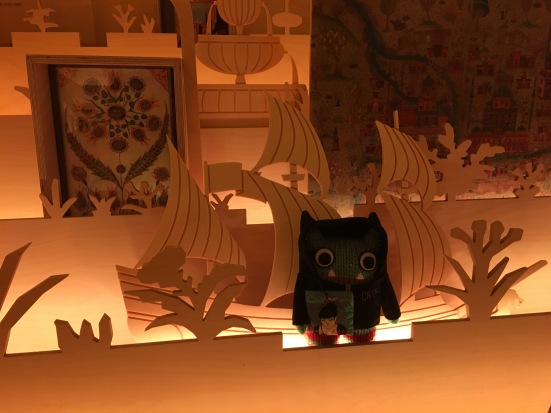 ‘Get away from… whatever that is supposed to be!’

‘Sinéad? Sinéad! I can still see you behind that plant! Get out of there!’ 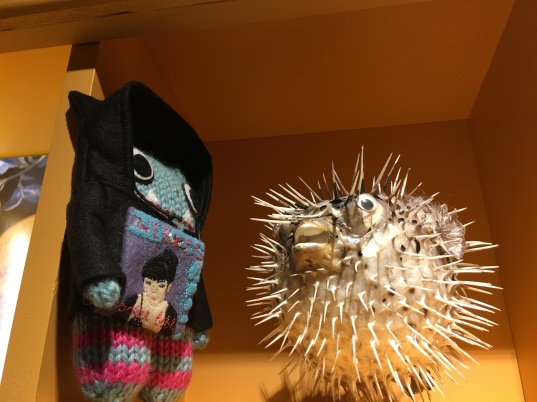 ‘Where is she now–AUGH! Get your woolly bum away from that puffer fish!!!!!!’

‘No! You don’t love him! Get down right now! Shoot, where did she go?’

‘Ahhhh! You’re really creeping me out! Just be normal!’

It was truly exhausting work trying to keep track of a slightly inebriated Beastie in a museum…. I don’t know how Helen and Tammie manage it so often. I can’t say I wasn’t ready to acquiesce when Sinéad jumped into a prop tankard and howled, ‘Barkeep, BRING ME SOME ALE!!’ 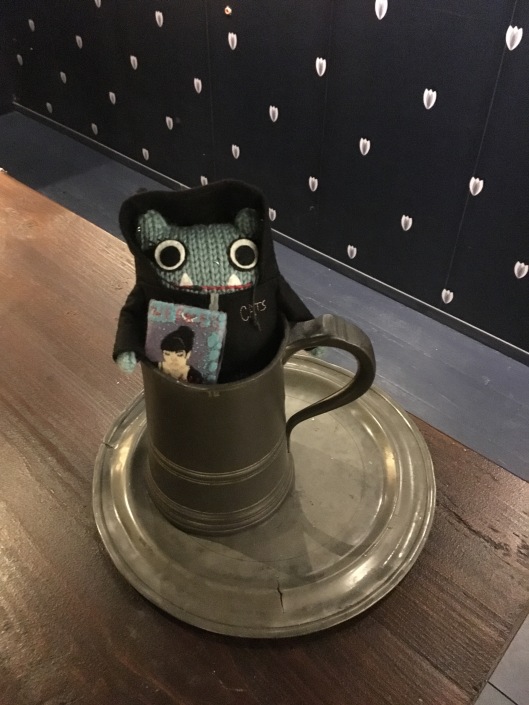 ‘Okay, okay, I think we’ve had enough, that is enough, we are leaving now!’

Of course, with such a cute little face, I couldn’t stay exasperated with Sinéad for long. I was soon giving in to her requests for real ale. After all, it’s not hard to convince me to enjoy a post-tourism tipple! 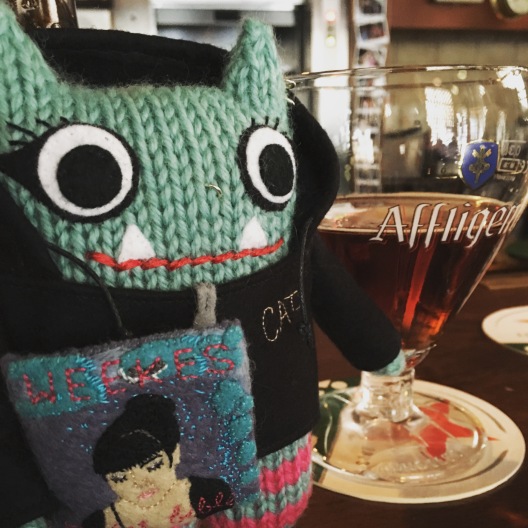 Needless to say, Sinéad spent most of the following day in bed… but I think I can still confidently say that we all had a splendid time in Amsterdam.

Have any of y’all been on fun travels, Beastie or otherwise, lately? I wanna hear about them in the comments!

And if you’re looking for more fun (and informative) Beastie adventures, I implore you to visit the Creator of All Beasties (aka Helen)’s blog and website at crawcraftsbeasties.com !!!! Hey, you could even commission a Beastie for yourself or your loved ones and join the #beastiefamily !