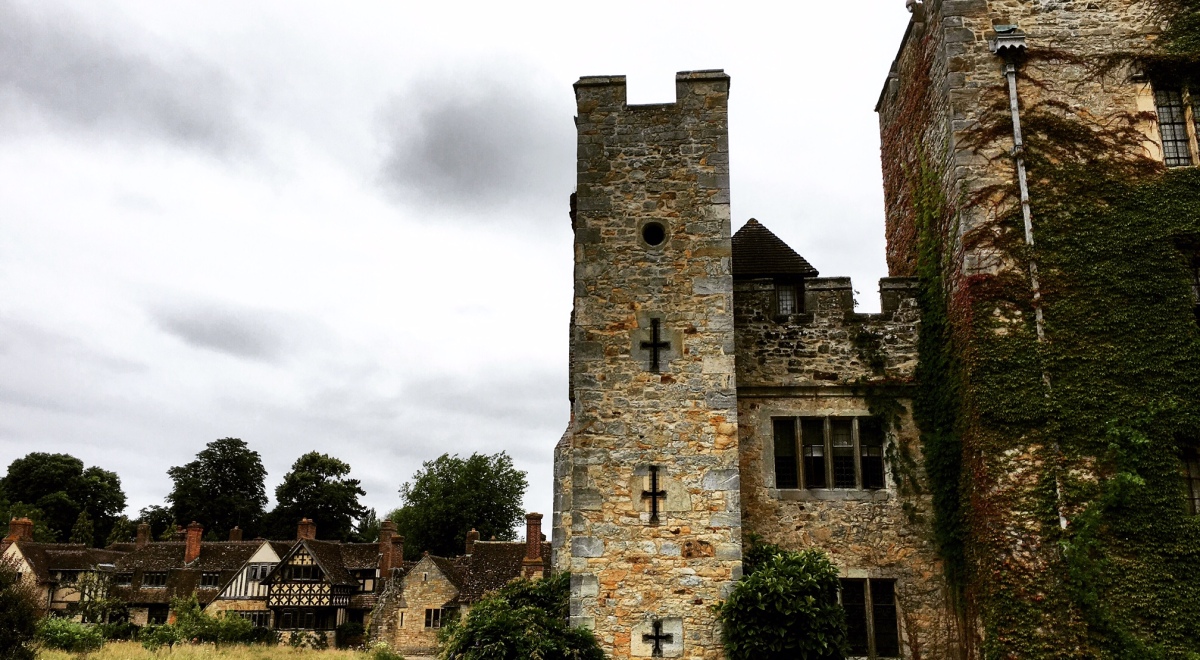 *** Please note that this post, as always, dabbles in totally unbiased #facts that are in no way influenced by my opinions or firm membership on Team Anne Boleyn. We all know she was the coolest wife and all the rest are lame and Henry is the worst.***

Well, Cordelia and I took a day trip to Hever Castle at the weekend, and I have to say, I am outraged. OUTRAGED! 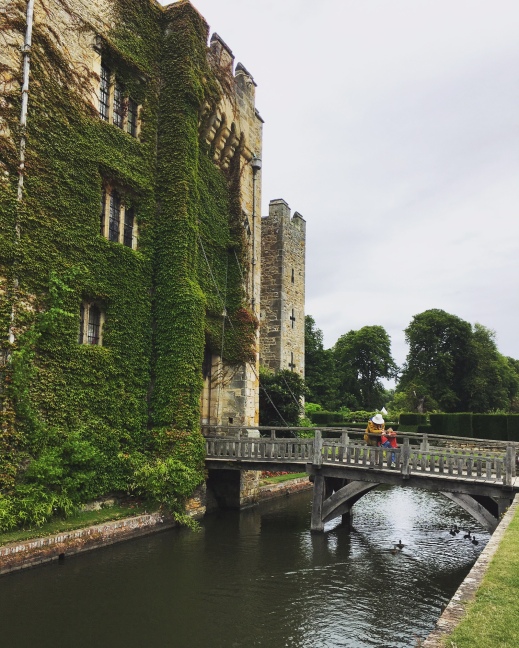 But first, a little history.

I’m sure you all know some form of Anne Boleyn’s tragic tale (unless you were raised under a rock in which case you must have excellent skin). I like to think of her as a kind of Tudorian Scarlett O’Hara in spirit and personality. From all accounts, she seems to have been very bright and vivacious, enchanting and clever–captivating if not beautiful. She was, of course, Henry VIII’s second wife and the mother of Elizabeth I. Instrumental in England’s break with the Catholic Church, Henry famously defied the pope and took control of the Church of England in order to get rid of his first wife, Catherine of Aragon, and marry Anne. During Anne and Henry’s drawn-out courtship (as a vulpine Anne played coy and refused to be his mistress unlike her strumpet-y sister Mary), Anne spent many of her days pining for the loathsome king from the family seat in Hever.

Unfortunately, things certainly stopped coming up roses for Anne once Henry got his wish and they were finally married. Typical. His burning passion for Anne quickly cooled as she seemed unable to produce a male heir. Henry began to seek a way out of his second marriage. Naturally, Henry decided that Anne must be a deceitful and bewitching whore, and he turned his attentions towards the quiet (insipid), plain (boring), and pious (fake) Jane Seymour.

Hilary Mantel’s masterpieces Wolf Hall and Bring Up the Bodies (read them now!!!) only solidify my affection for Anne and my belief in her total innocence. Of course, Mantel’s novels are well-researched historical fiction, and none of us can ever know exactly how things went down–but I think that it is doubtless that Anne was egregiously wronged. The ridiculously long list of depraved sexual acts (incest, adultery, treason!) that Anne was eventually accused of is absurd and reads suspiciously like the fantasies of a lascivious male mind. Only one of her supposed lovers confessed (under duress); he was a young musician named Mark Smeaton, and we all know how credible is the word of a smarmy pop star (‘Ohhh yeah, I totally shagged her!’).

Sadly, horrifically, ever so suddenly Anne lost her head–quite literally–on 19 May 1536 at the Tower of London.

But onward to the castle and to brighter days for Anne! (Or so I thought.)

Hever Castle was the home of the Boleyn family from 1462 up until Thomas Boleyn (Anne’s pops/pimp) died in 1539 and the ownership passed to Henry VIII (Anne’s murderer). The castle was Anne’s childhood home. When you visit Hever, a taste of Anne’s childhood is demonstrated for you in the Long Gallery by way of my favourite castle/museum staple: the mannequin.

Here, in an incredibly lifelike reenactment, we get to meet Anne as a hideous little girl: 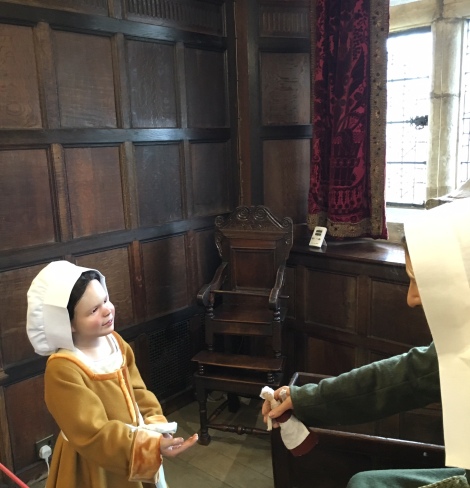 Anne is receiving a doll called a ‘Bartholomew Baby’ from her grotesquely terrifying witch-nurse: 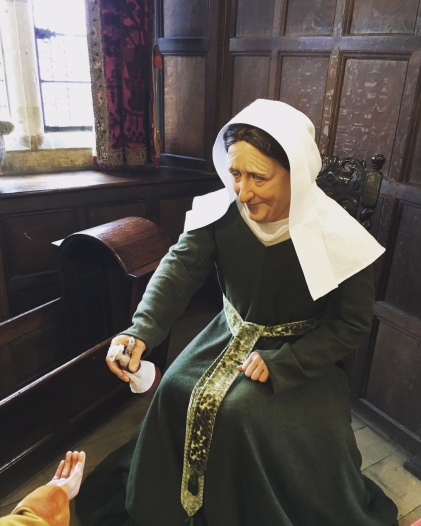 Unfortunately, I think the hawk-eyed guide stationed in the Long Gallery could sense my strong desire to co-mingle with the mannequins and take hilarious photos pretending to eat a plastic bread display. To my great distress, he sidled straight up to me and asked, ‘Would you like to know why it’s called a Bartholomew Baby?’ Unfortunately, I did want to know why it was called a Bartholomew Baby and was therefore forced to engage with the guide instead of fleeing.

The next drunkard I see (which will probably be my own reflection in a mirror) I will obviously be doling out the insult/advice combo, ‘Don’t be such a Bartholomew Baby!’ 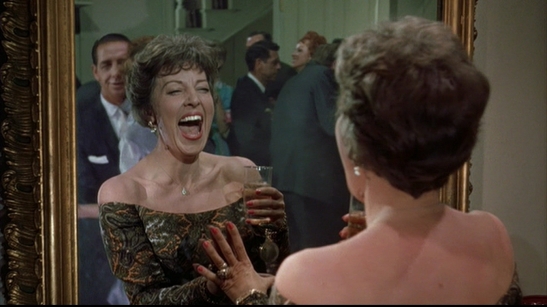 Things were going fine and I was learning stuff about dolls etc and then I turned a corner and …. there was a painting of Jane Seymour hanging right next to a portrait of Anne. IN ANNE’S FAMILY HOME. 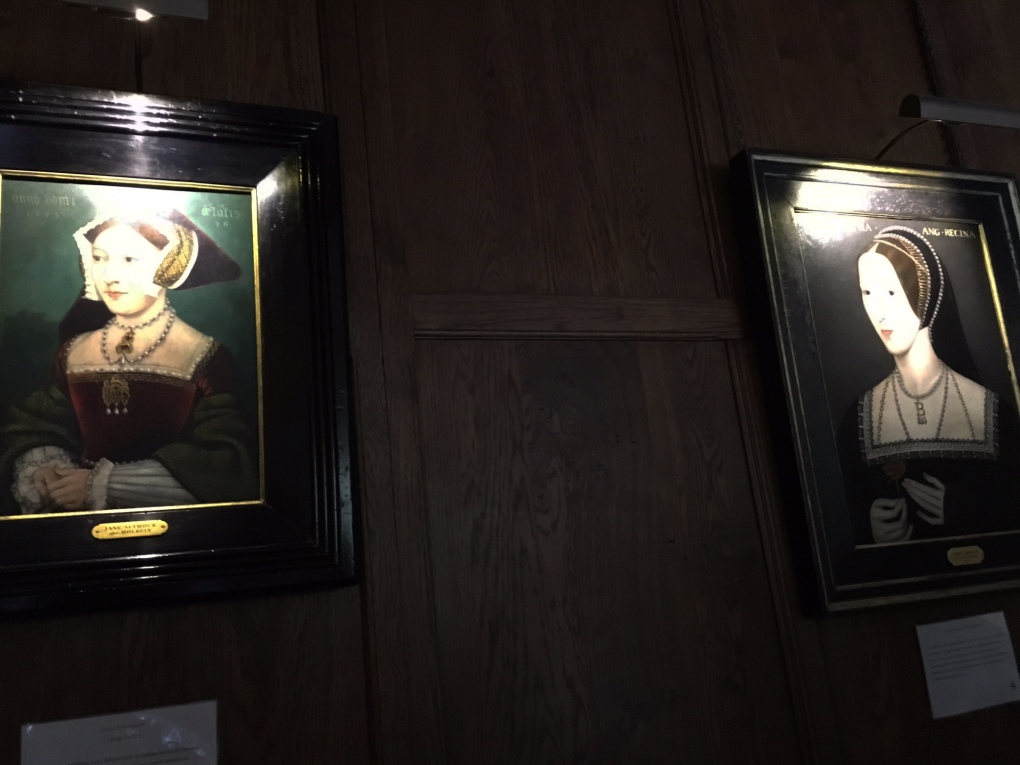 Have you no decency? No delicacy of feeling? Nothing better to do than to make Anne Boleyn roll over in her grave?! (Well, technically she’s just a pile of bones so I guess they rattle around instead of doing a full rotation.) Must you doom her to an eternity of having to look at Jane’s sniveling milksop usurper of a face? Is there no space where Anne can confidently rest not surrounded by cruel reminders of her demise?

So, I huffed along to the next room that was labelled as Henry’s bedchamber, and who do I meet there but Jane again! On the wall! Of Henry’s bedroom! Next to his bed! Where he slept after stealing the house from the Boleyns and before re-gifting the house  (in a divorce settlement) to his 4th wife, Anne of Cleves! 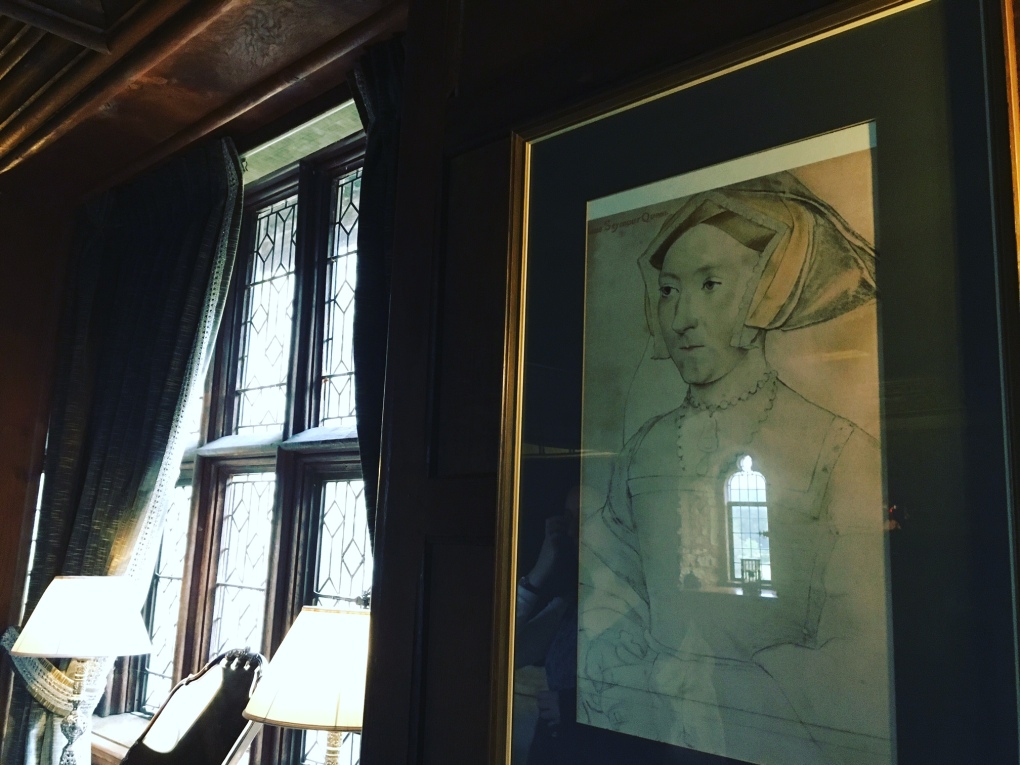 My bootless cry was actually answered when we visited the gift shop and there was Jane’s face again–for sale on a cushion!!! 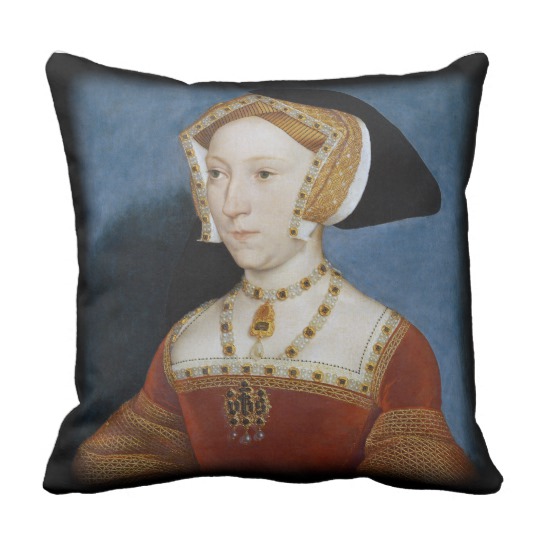 Do better, Hever Castle, do better.

(I mean, Jane was probably actually really sweet and the castle is lovely and the gardens were amazing and I definitely recommend a visit blah blah blah.)

Uncharacteristically, I actually already used this Weekes Word in the body of my post… but I felt like it was such a good word that it deserved to be Weekesified.

Vulpine: Middle English from the Latin vulpinus from vulpes (fox) and meaning of, relating to, or resembling a fox. Crafty, cunning. Ex: During Anne and Henry’s drawn out courtship (as a vulpine Anne played coy and refused to be his mistress unlike her strumpet-y sister Mary), Anne spent many of her days pining for the loathsome king from the family seat in Hever.